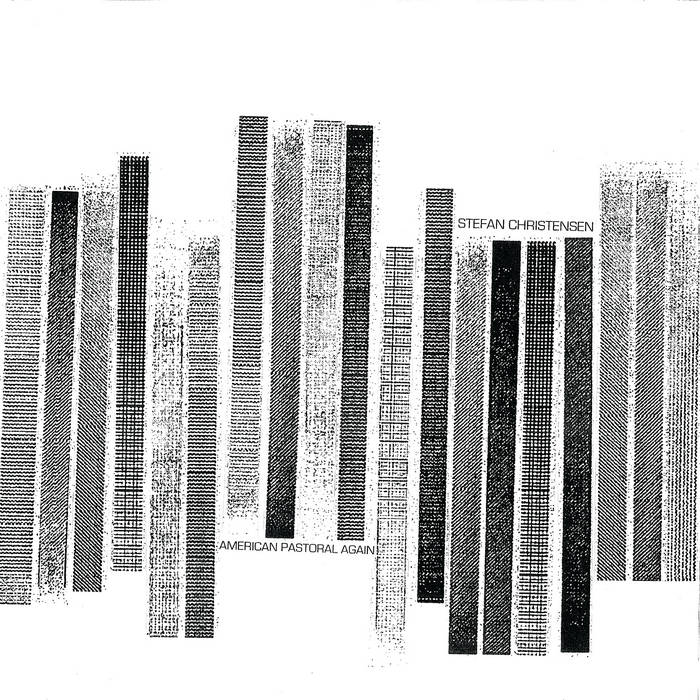 STEFAN CHRISTENSEN has been a staple in the New Haven, CT scene for the last decade, playing in, among many others, ESTROGEN HIGHS, EHRGEIZIG, PERMANENT FEELS and MEDICATION; recording Sex, Worn Leather, Pieces of Fruit; collaborating on the C/Site label and with the venue Popeye’s Garage. And while it would seem that Stefan has always lived a shark’s life—I’ll drown if I stop swimming—it is really only in the last year that he has entered his most prolific phase. All that other stuff has been… practice? In the prior twelve months, Stefan has released two full lengths and a pair of EPs on cassette via the esteemed labels Loki, Night People, and C/Site. American Pastoral Again is the debut vinyl outing from this eponymous artist issued by ever/never records. Channeling Gate, Jim Shepard, Crystalized Movements, and Shakey himself, the twelve minute title track consumes the entire A-side in a melancholic dirge. It is backed by four quick blasts that introduce elements of pop, noise, and more dirge. With varied approaches, Stefan’s songs are written from a unique and developed voice. A unifying thread through these works is the careful craftsmanship, each song tailored perfectly—knowing when to let it breathe, when to ramp up tension—for the most impact. Had Stefan cut his teeth in a more insular scene, in a more glamorous town, he’d have been a hitmaker, but we are thankful that was not the case. As American Pastoral Again demonstrates, he is onto something much more fulfilling and unforgettable.