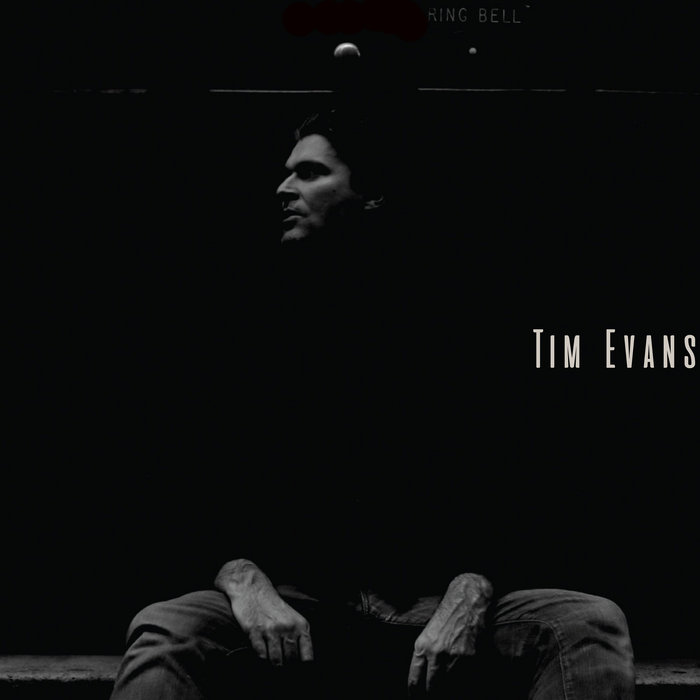 Tim Evans is a singer songwriter from Tasmania Australia, currently living in Brooklyn New York. Melding traditional finger picking with often dark lyrical content, his carefully crafted songs have brought comparisons such as Townes Van Zandt, John Fahey and Syd Barrett. Realizing his debut solo album this year, Evans has quickly built a reputation as an enigmatic and powerful live performer. With a second album already recorded and scheduled for release in spring 2017, we can expect great things from this emerging solo artist

Over the course of two decades, Tim Evans’ music has taken a long, winding path across the Earth. Stylistically, Evans has mastered fetid swamp-punk, full-tilt psychedelic boogie, no wave lurch and corrosive noise rock. Under the Degreaser moniker, Evans and cohorts throw these
elements into a supercollider and what results is a muscular beast with unpredictable intentions.

But here, on Wretched Wings, Evans steps out of his own shadow with the first release under his own name. A true solo album, Wretched Wings finds Tim Evans stretching his songwriting by scaling back sonically. Although Evans is an excellent drummer, his solo album features almost no percussion; relying instead on his expressive and singular guitar-playing. Evans practically caresses his acoustic as he coaxes spine-tingling webs of sound from its humble body. The gentle cascade of thrummed notes conjures a paradoxical feeling of intimacy within a vast
space. Imagine being out amongst the deep brush, but with the hot breath of an old flame whispering in your ear.

Songs like “Rotted Spring” and “You Was Mine” are perfect specimens of Evans’ peculiar brand of haunted outback blues. At times, they recall the understated drama of Leonard Cohen, or even of the God-fearing murder ballads sung by generations of American hill-folk for decades. Some songs are rendered lush by virtue of expertly-placed reverb and layered guitar overdubs. And while Evans is in fine voice here, singing at his most relaxed and gentle, there is the suggestion of a hollowed-out soul, as if Nico’s The Marble Index was a blueprint. The clouds do part, however; the sun pokes through the cracks in the wall. Despite its title, “Dark Fire” has an optimistic bent to it, although the lyrics hint at something terrible in the past. With its electric guitar shimmer, “Long Long Time” is both the densest and poppiest song on Wretched Wings, even as Evans pleads for you to “feed [him] to the wolves.” “Unwanted” follows and it is as down
as a poor boy blues can get. Even God turns his back on this miserable bastard. After surviving “Piece Of Death” and “Spring’s Slaughter” (this is indeed a Fall/Winter record), you are rewarded with the uplifting strains of “Mornin’ Train.” That trace of melancholy is always there, but the future doesn’t seem quite so bleak from this vantage.